In the frame of their residency, Stephanie Kayal and Abed Kobeissy are launching the process of creating their second collaboration; “Galactic Crush” (working title).

Following the life-changing traumatic events that took place in the summer of 2020 in Beirut, an event that changed their lives irrevocably, this creation is an almost-selfish and sort-of-childish attempt to feed an uncontrollable craving for vengeance. It gazes at the act of dancing as a martial-art, as a form of resistance against countless physical, psychological, and human-rights violations, against the violent loss of intimacy, and the scorching thirst for justice.

Soon, the dancer anti-hero, and the musician, her logistical-support side-kick, will form a cheaply equipped and loosely organized crime-fighting power-couple, with good intentions, and no experience whatsoever; a good summary of the contemporary reality in Beirut.

Stephanie and Abed open their studio after their first phase of work and share the first stadium of their piece.

This residency takes place within the framework of the project DiR-Dance in Residence 2022, a cooperation project of the fabrik moves Potsdam and the TanzWERKSTATT Cottbus with the aim of creating new sustainable cooperation models and network structures for contemporary dance in Brandenburg. The program is created in cooperation with Pro Potsdam, Bürgerhaus am Schlaatz, fabrik Potsdam and the Brandenburg State Museum of Modern Art | Dieselkraftwerk Cottbus and is supported by DIEHL+RITTER/TANZPAKT RECONNECT, funded by the Federal Government Commissioner for Culture and the Media as part of the NEUSTART KULTUR initiative, the State of Brandenburg, the City of Potsdam and the City of Cottbus. 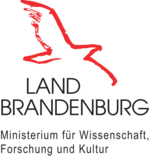 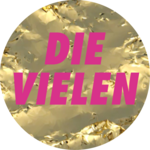